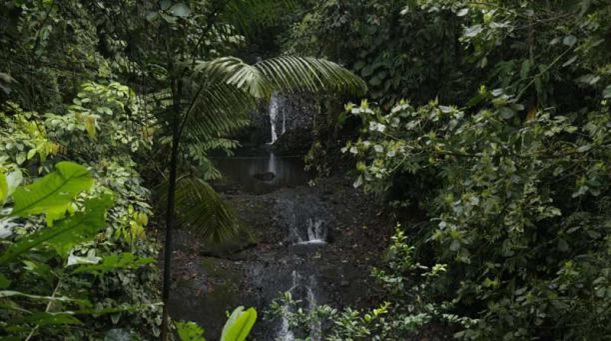 The Metropolitan Environmental Accolade Quito Sostenible acknowledges representatives from different sectors of the society who reduce their environmental footprints and implement good practices to support the construction of a sustainable Quito.

The fourth edition awarding ceremony of these prizes was conducted by its Mayor Mauricio Rodas and Environmental Secretary Veronica Arias during the first week of June in the city of Quito (Ecuador). 22 out of 200 candidates received the accolade, including the Community of Choco Andino (MCA) that participated in the “Neighborhood” category.

The topics considered by the accolade are, among others, Sustainable Mobilization, Adequate Waste Management, Good Environmental Practices for Footprint Reduction and Natural Heritage. Although MCA’s application comprises all categories, the award mainly highlights its strength in favorably managing natural heritage and raising people’s awareness of environmental stewardship.

In her speech, Veronica Arias highlighted MCA’s support in its category, whereas Mayor Mauricio Rodas outlined MCA’s significant “sustainable economic and social vocation” and the need to protect the mega diversity of its parishes. Such accolade allows to raise awareness of the Community’s territory and vision among the people of Quito so that they will eventually join the local stakeholders’ actions to turn the Community into a sustainable, productive and biodiverse space.

The activities of the Andean Forest Program (PBA) at the Pichincha learning site, northwest of the Metropolitan District of Quito, aim at consolidating a favorable environment to validate, replicate and escalate practices of sustainable land management within a framework of inclusive governance process associated to the Community of Choco Andino (MCA). Such work included strengthening of skills of young leaders from the MCA territory with emphasis on socio-environmental communication.

Biosphere Reserve
Likewise, on July 25, just a month before receiving Quito’s Metropolitan Environmental Accolade, within the framework of UNESCO’s 30th Session of the International Coordinating Council of the Man and the Biosphere (MAB) Program held in the city of Palembang (Indonesia), the Choco Andino de Pichincha Biosphere Reserve was declared part of the World Network of Biosphere Reserves. This land joins other existing six Biosphere Reserves in Ecuador: Archipelago of Colon (Galapagos), Yasuni, Sumaco, Podocarpus-El Condor, Macizo del Cajas and Bosque Seco. The decision was made unanimously and the Council recognized the importance of engaging local population in the implementation process.

Such declaration is part of a longer term process where efforts from local producers, civil society organizations, academicians and local governments converge to promote sustainable development objectives in this territory. For instance, the Community of Choco Andino, a governance platform of six parish governments within the territory declared Biosphere Reserve, is working to consolidate land sustainable management strategies and initiatives since 2014, aiming at promoting inhabitants’ welfare and guaranteeing ecosystems health.

The Consortium for the Sustainable Development of the Andean Ecoregion (CONDESAN) has also contributed to this process through such initiatives as the EcoAndes Project and the Andean Forest Program that have promoted sustainable forest production, restoration and conservation practices as part of adaptive responses to climate change effects and land cover and use changes.

The Choco Andino de Pichincha Biosphere Reserve occupies a territory of approximately 287,000 has, of which 137,000 has (48%) are Andean forest remnants, 10,000 has (3.5%) are paramos and 23,500 has (8.2%) are shrub ecosystems. Such ecosystems are home to communities of plants and animals unique to this world that are part of the transition among the biodiversity hotspots of Choco Darien and Tropical Andes at an altitude between 400 and 4,700 MASL. This same zone also comprises a diverse mosaic of farming and livestock uses where practices and initiatives aimed at improving productivity have been worked on for the past years while keeping and recovering significant ecosystem functions such as water regulation and carbon sequestration. Likewise, the area is an important destination for nature tourism, an activity that is becoming a cornerstone for sustainable development and diversification of local lifestyles.

Bosques Andinos is an initiative implemented in the countries which are part of the Andean mountain range and are included in the Global Programme of Climate Change and Environment of the Swiss Agency for Development and Cooperation (SDC) and is facilitated by the Helvetas Swiss Intercooperation (Condesan) consortium.