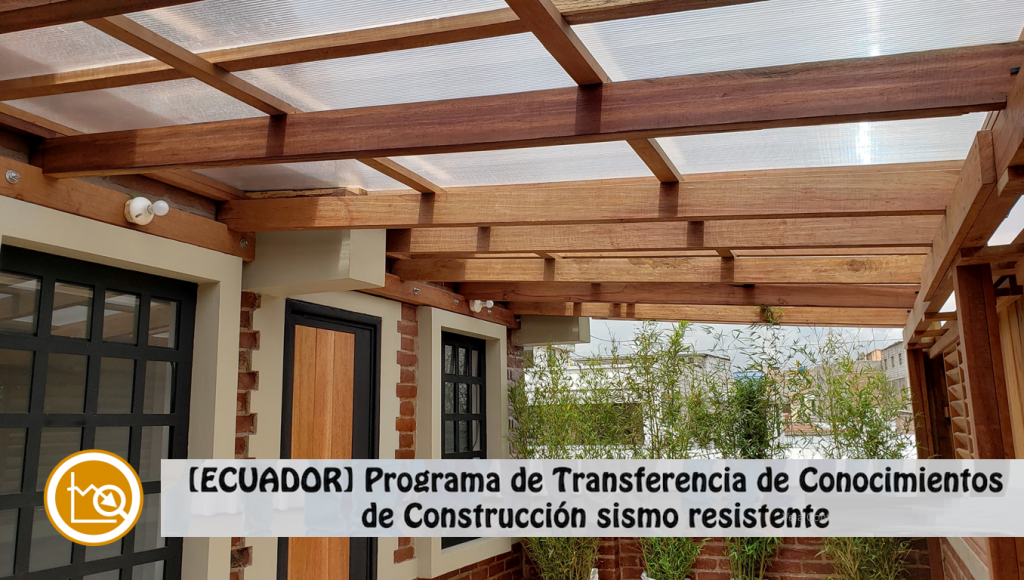 SDC’s Humanitarian Aid has been strengthening capacities and transferring knowledge on earthquake-resistant construction since 2016, and has improved not only building safety but has also contributed to sustainability and social construction by reducing the risk of vulnerability of the communities living in earthquake-prone areas.

In April 2016 a powerful earthquake shook the Ecuadorian coast, claiming lives and causing significant damage to infrastructure, particularly to informally-built housing. The Swiss humanitarian aid GIAR rapid response team of immediately provided support to the communities in the area that was hardest hit. Following the immediate emergency measures, the Ecuadorian government’s Ministers of Foreign Affairs and Human Mobility requested Swiss government support for the reconstruction process.

The programme was launched in October 2016. The first phase was implemented mainly in Manabí, and the second in the province of Chimborazo. Direct action ended in April 2018, but Swiss support to the Ecuadorean NGO Ecosur for training skilled labourers was extended to the end of 2019.

The closing ceremony of the programme took place on 5 March, with the inauguration of the “Casa Ecosur Training Centre“, where the NGO will continue strengthening capacities and sharing knowledge about safe construction, using confined masonry and anti-seismic carpentry.

The project also succeeded in having confined masonry included as a subject on the curriculum of Ecuador’s training institutes; teaching materials drafted and distributed nationwide and the Ecosur Training Centre built.

The inauguration began with a tour of the house, which was built with earthquake-resistant technology. Adriana Brito and Diego Coloma gave the welcome speech, and presented a brief review of the NGO Ecosur to the attendees. The Swiss government delegation was composed of Rita Hämmerli-Weschke, Switzerland’s Ambassador to Ecuador, and Martin Jaggi, SDC’s  Cooperation director.

In his speech, Martin Jaggi said: “I would like to stress that the results achieved would not have been possible without the commitment and professionalism of the Ecosur Foundation team and the Sofonias Group, who have been SDC’s partners throughout the project, and with whom we have developed an excellent relationship. It is important to note that in addition to financial support from SDC, the Knowledge Transfer Programme on Earthquake Resistant Construction was also funded by the Liechtenstein Development Service and the Together for Ecuador fund”.

He also said that the programme’s results were thanks to the joint work with the partners and the close coordination with the Swiss Embassy in Ecuador. The results  will make it possible to: i) improve building safety through skills development, ii) transfer knowledge and train trainers regarding earthquake-resistant construction, mainly confined masonry, iii) reduce the risk of disasters caused by earthquakes, helping to strengthen the resilience of the community, iv) promote dual education, which in this case is the key to sustainability and social construction, and v) raise awareness among people about the risk of living in earthquake-prone areas.

The programme was implemented in partnership with the NGO EcoSur, the Decentralised Municipal Autonomous Government of Pedernales Canton; the United Nations Development Programme; the Secretariat of Higher Education, Science, Technology and Innovation; Advanced  Technical Institutes; the Ministry of Urban Development and Housing; the Risk Management Secretariat; the Pontifical Catholic University of Ecuador; the National Polytechnic School; the Ecuadorian Professional Training Service; the Ecuadorian Red Cross and Aprendamos, the first television education programme in Ecuador.

Finally, it is important to highlight Swiss Cooperation‘s interest in building on this innovative project model and replicating the experience in other countries in the region, such as Peru and Bolivia, which have been badly affected by major earthquakes.