From the Swiss Alps to the Chilean Andes: knowledge and technology for water care 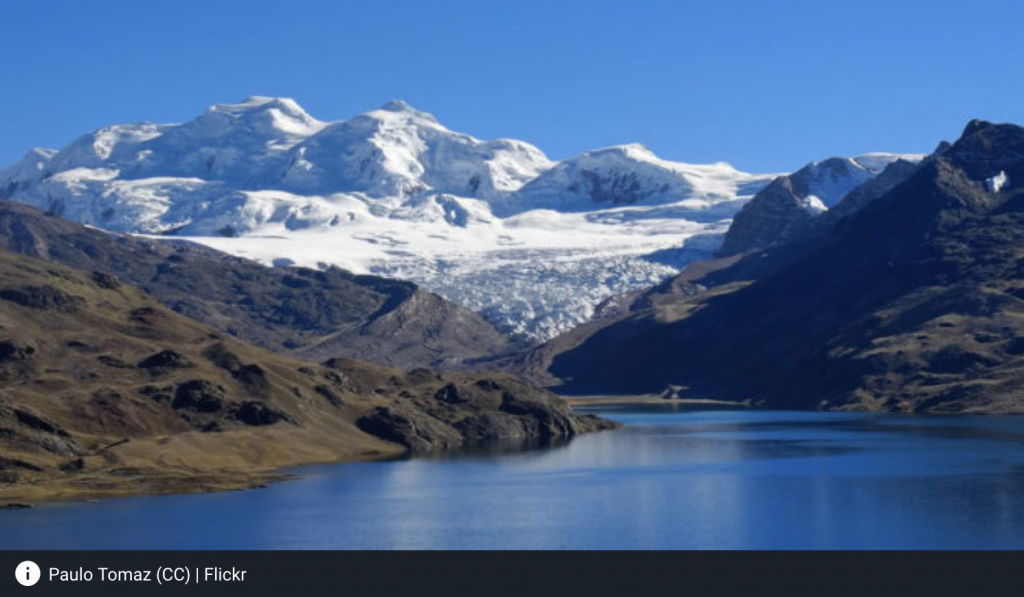 This article was written by the journalist Max Duhalde in the BIOBIOCHILE News Network, published 17 January on his website.

The latest report from the World Resources Institute places Chile among the 30 countries facing the greatest water risk by 2025. It also estimates that the water gap could increase from 82.6 m3 to 149 m3. Studies have determined that over 90 per cent of the country’s population is affected by some degree of drought. This is due to several factors, mainly climate change, and the lack of sustainability strategies and of awareness in society.

There is no doubt that it is climate change that is mainly to blame for these negative projections. It has affected our soils and natural water reserves, and caused floods, high tides, ground frosts, heat waves, flash floods and sudden storms.

This situation is aggravated by the fact that water scarcity can lead to poor harvests, less hydroelectric power generation, and can weaken the economy and give rise to other kinds of conflict.

Swiss support
Chile has identified these challenges and is formulating national policies and programmes to address them. Switzerland is also highly active on water issues worldwide and has played a key role in setting a specific water-related target in the 2030 Sustainable Development Agenda.

The Swiss Agency for Development and Cooperation (SDC) places water at the heart of sustainable development with three dimensions: social, economic and environmental. It is irreplaceable: without water there is no food, no health, no energy, no social and economic development and no security. Water cooperation can ensure economic prosperity, nurture resilience, build trust and improve stability.

Martin Jaggi, director of the Swiss Agency for Development and Cooperation in the Andes, explained that SDC has been running this type of programme in Latin America since 2010. It started working in Colombia, encouraging Swiss companies – which have a significant share of the Colombian market – to measure their water footprints and reduce them in order to contribute to watershed development.

“This strategy was effective, so we decided to expand it to four more countries: Mexico, Brazil, Peru and Chile, and continue involving the main companies in the region in environmental solutions”.

Jaggi stated clearly that of the countries that have taken part in SuizAgua project, Chile and Peru will be the most affected in terms of water scarcity, “due to climate change that will mainly affect the Pacific basin of both countries”.

These projects contribute to the efforts of the Global Water Programme, by implementing better water resources management in enterprises, through using the “water footprint” concept at national and local levels, and through the exchange of knowledge at the international level.

SDC hope that the projects will improve responsible and sustainable water use by companies, especially in the agricultural sector. Agriculture has great social, economic and environmental importance, and consumes 87 per cent of Chile’s water.

Chile and Switzerland Foundation
The Chilean government, foundations, NGOs and universities are working on national policies and programmes to address these challenges.

The Chile Foundation (FCH) has decided to conduct studies, and has found that water risk indicators show that Chile has been going through a meteorological drought, which has been accentuated in recent years by lower rainfall and drier air, due to higher temperatures.

The foundation has also warned that by the middle of the 21st century, rainfall in these two countries will decrease by 30 to 40 per cent, together with groundwater reserves, and there will be further losses of glacier mass in the north, centre and south.

“The complexity of water is multi-sector and multi-watershed, which is why we must think of solutions as a portfolio: it may involve aquifer recharge, efficiency or new reservoir structures, etc.,” said Andrés Pesce, president of FCH.

With the results of the studies in hand, Pesce and the SDC want to replicate the model used in Colombia, and to motivate companies with a share in the national market, to find out what their water footprints are and to find ways to reduce them.

“We will publish the water scenarios of Chile’s basins in full by April of next year, we will analyse and propose a portfolio of solutions to mitigate the companies’ water footprints, and we hope to see positive results in three more years,” Pesce said.

These international strategies are intended to provide concrete solutions by 2050, to avoid a more damaging scenario than the current one, and possibly to see improvements in our biodiversity.

SuizAgua – Water Unites Us
The initiative proposes a new form of cooperation, through a public-private partnership for proposing innovative tools for better water management and establishing a joint platform to measure and reduce the water footprint and share good practices in the companies that decide to opt for efficient water resource management. The SuizAgua project will be working until 2020, guiding the intervention on 4 levels: i) evaluating the water footprint, ii) commitment to the value chain, encouraging  suppliers and clients to take part in reducing their water  impacts; iii) collective action in river basins for sustainable water management; and iv) corporate strategies, integrating water risk management into business strategy.
For further information:
SuizAgua project, project information, Swiss Embassy, the Swiss Agency for Development and Cooperation (SDC)
Web Water Unites Us