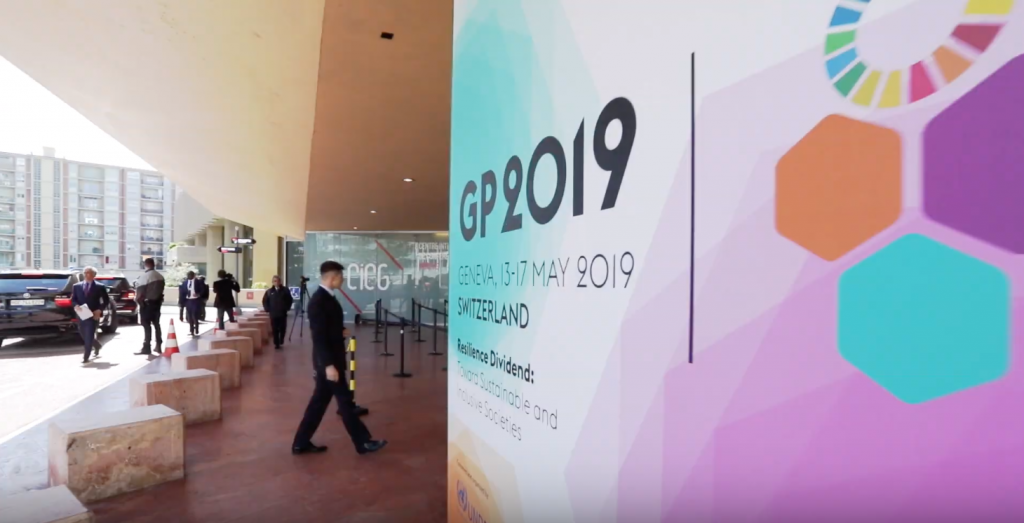 The sixth World Conference on Disaster Risk Reduction was held 15-17 May in Geneva (Global Platform – GPDRR 2019). Switzerland chaired the conference and played a key role in organising it.

Economic losses caused by natural disasters have increased significantly worldwide over the past 20 years. Climate change, increasing population pressure, environmental degradation and the intertwining of social structures have resulted in unprecedented catastrophe risks. In response, the Sendai Framework was completed in 2015 at the Third United Nations World Conference on Disaster Risk Reduction, held in Sendai, Japan, and adopted by the United Nations General Assembly. The objective of this conference was to strengthen national structures to reduce disaster risk by 2030. Switzerland played a key role in the development of such a framework.

Every two years since then, the SDC’s Global Platform for Disaster Risk Reduction (GPDRR) has reviewed the progress made in implementing the Sendai Framework. This meeting is generally held in Geneva, and five of the six previous conferences were held in Switzerland. The 2019 conference was no exception.  This Platform is hence a cornerstone of the Geneva international political dialogue. Of the approximately 182 states present, 116 (including Switzerland) shared their progress in disaster reduction at the conference.

The key message of this year’s conference was “Resilience rewards“. Investments in prevention must be protected, and are needed to offset the growing losses caused by disasters. This message was emphasized to States and other decision-makers, in particular private businesses, first as one of the sectors affected but also as a driving force for innovative solutions. Switzerland is a role model in this respect, and the fight against natural hazards in the Alpine region shows that economic growth is only possible if all risks are taken into account. Manuel Sager, Director of the SDC and Head of the Swiss Delegation, specifically addressed climate change by presenting glacier melt in Switzerland and the disappearance of corals worldwide.

The conference was attended by more than 4,000 participants from 182 countries, including 80 ministers and deputy ministers. Most of the attendees were representatives of member states or non-governmental organisations (NGOs), and one third were representatives of the private sector, academia, international cooperation and the media. The SDC Lima office’s Disaster Risk Reduction (DRR) and Rapid Response (RR) Hub supported the participation of delegations from Bolivia, CAPRADE and the Caribbean (CDEMA and Jamaica).

The Bolivian delegation and the Federal Office for the Environment organised a learning-lab to present “MyResilience” the new planning instrument developed by the Swiss Cooperation (SDC) in a multi-year programme on Disaster Risk Reduction in Bolivia and used for the cost-benefit analysis of risk reduction analyses, one of the central themes of the SDC 2019 Global Platform for Disaster Risk Reduction.

As sponsor and co-chair of the Global Disaster Risk Reduction Programme with the United Nations, Switzerland was responsible for developing the Co-Chairs’ Summary, which was presented to the President of the United Nations Economic and Social Council at the end of the conference. The Swiss perspective highlighted: i) greater attention to prevention and risk-based development; ii) the integration of disaster risk reduction and climate change for resilience; iii) the promotion of multi-stakeholder approaches, including the role of cities and the private sector; and iv) greater leadership by women.

With the 2019 GPDRR, Switzerland has further strengthened its position as an international centre for disaster risk reduction and the challenges posed by climate change. The challenge now is to build on the momentum and anchor disaster risk reduction in the international community’s sustainable development goals. The next meeting for the Lima DRR and RR Hub is in 2020 in Jamaica, where the next DRR Regional Platform for the Americas will be held, with financial and technical support from the SDC’s Lima Hub.

The picture gallery can be found here

The video below gives further details about what happened at the 2019 Global Platform for Disaster Risk Reduction:

SDC Humanitarian Aid has confirmed the great importance of resuming its commitment to strengthen Swiss cooperation in risk reduction and rapid response in the Andean region. As a result, in January 2018, SDC set up the Disaster Risk Reduction (DRR) and Rapid Response (RR) Hub in Lima, as a complement to other SDC portfolios in the region and with great potential for developing new synergies. The DRR and RR Hub aims to alleviate suffering, reduce poverty and improve the resilience of vulnerable communities, using SDC’s experience in implementing programmes and projects in this field. All stakeholders and beneficiaries will participate jointly in implementation, so that all initiatives will be sustainable and environmentally friendly.