Capitalization of knowledge and experiences in Rural Water and Sanitation

Peru and Brazil face major challenges in rural sanitation. In this context, the Peruvian government, through the Ministry of Housing, Construction and Sanitation (MVCS) – National Program for Rural Sanitation (PNSR) of Peru and the National Health Foundation FUNASA – National Program for Rural Sanitation (PNSR) of Brazil met to share their experiences in order to get a closer look at the work being done in rural areas and to learn how to implement the social component, the operation of the physical infrastructure of water and sanitation systems, and the Articulation of key actors in the sector. This meeting was possible thanks to the auspice and technical support of the Swiss Agency for Development and Cooperation CDS – Swiss Embassy and the Pan American Health Organization PAHO of the World Health Organization-WHO.

Between February 13 and 17, a delegation from the National Health Foundation (FUNASA) – National Program for Rural Sanitation (PNSR) of Brazil, arrived in Peru accompanied by representatives of the Federal University of Minas Gerais, Fio Cruz Foundation, to meet with its Peruvian peers and get a closer look at the work being done in rural areas and to learn how rural water and sanitation policies are implemented, in particular the development of components linked to physical infrastructure, technical and social management of the operators of rural systems and articulation of key players in sanitation.

The Mission was conducted within the framework of the activities of the SABA Project, in its role of support to the Ministry of Housing Construction and Sanitation – National Program for Rural Sanitation (MVCS – PNSR); and articulation with other experiences of the rural space, such as the National Health Foundation – National Program for Rural Sanitation of Brazil. Likewise, the occasion was favorable to to present the results and goals achieved by the SABA Project, as well as its contribution to the PNSR at a national level and to policies related to rural water and sanitation.

In this regard, the work agenda of February 13, considered a first meeting in the premises of the Ministry of Housing. José Miguel Kobashikawa, MVCS PNSR Executive Director welcomed and shared the work being done from the MVCS in its capacity as the governing body of water and sanitation in the country, as well as its policies on sustainable access to water services and sanitation, and efforts engaged by the PNSR to serve the rural sector.

The Brazilian delegation was led by Leonardo Rodrigues Tavares, Director of the Department of Public Health Engineering of FUNASA; and shared the stage with Martin Jaggi, Director of SDC Swiss Cooperation; and Cesarina Quintana, Senior National Officer of CDS. Representatives from the Ministry of Housing, Construction and Sanitation of Peru also participated in the mission, as well as specialists from the SABA+ Project, and the Pan American Health Organization (PAHO). In the afternoon, the delegation moved to the PAHO office to learn about its work on rural sanitation. Among the topics covered at PAHO are: Water Safety Plans, Economic-financial sustainability, institutional and environmental sustainability, groundwater, rainwater, dispersed populations and others.

Both meetings contributed to the management of knowledge of both countries by facilitating the exchange of instruments and methodologies, enabling the identification of common and different aspects of the rural reality of both countries, in the face of compliance with the sustainable development goals No. 6 on water and rural sanitation and of the 2030 agenda.

On the second day, the experience of the SABA Project was presented at the Swiss Cooperation Office, emphasizing that in all these years it has contributed to the transfer process and lessons in rural water and sanitation to local, regional and national governments of Peru. It was emphasized that the project promoted a decentralized articulation between the private sector, the community and public institutions (different levels of government), with priority being given to increasing Water and Sanitation coverage, with adequate quality and technologies, within the framework of efficient service management.

It was stressed that, after 20 years of implementation of the SABA Project, the project has transcended different government administrations, which have appropriated its main messages and intervention model, making it a public policy.

In turn, FUNASA presented the solutions it has been implementing in the Amazon region, regarding the problems it faces in water and sanitation, through the projects Pró, Salta Z, Sanear Extractivistas.

The working day culminated in an exchange about the main bottlenecks in rural sanitation at the project cycle level, with emphasis on rural Amazon issues. In this space, discussions revolved around the definition of “rurality”, “remoteness of dispersed populations”, “poor quality of feasibility studies” and “absence of concerted and articulated planning for rural sanitation”.

On the third day, the delegation traveled to the Piura region to learn about the experience of the Piedras Rosadas Community in Sullana (PNSR intervention area), where it was received by the Water and Sanitation Board of the community, who presented and exchanged their experience in managing Water and Sanitation services, as well as the main milestones and difficulties they face. In the afternoon, they held meetings with officials of the Regional Government of Piura and the Regional Housing Office; Ministries of Development and Social Inclusion and the Regional Health Office to learn about the advances in regional management, regarding the water and sanitation services, working with local governments, as well as initiatives in the sanitation sector from the Regional Housing Office and EPS Grau, a
mong others.

On the fourth day, according to the program, they visited Moyobamba (San Martín region) to learn about the experience of the execution centers in the district of Jepelacio for the implementation of water and sanitation projects, which has been implementing the National Program for Rural Sanitation, where representatives of Execution Centers and the Rural Amazon Program commented on their roles and progress to date. Furthermore, the delegation held a meeting with the regional actors, who presented their experience of articulation and better use for improving water quality, based on the fiscal mechanisms of the sector and the Ministry of Economy and Finances, through the Plan of Municipal Incentives -PIM from the Performance Incentive (FED) and ROMAS (Repair, Operation and Maintenance).

On the fifth day, they visited the village of Soritor, under the SABA Project, and they were able to get a closer look at the work of the Municipal Technical Area (ATM), visit some community homes and verify the changes in relation to a healthy dwelling with sanitation.

Finally, a space was provided for a final balance and impressions of the experiences and knowledge shared between both programs of the governments of Peru and Brazil, as well as the transfer of the lessons learned from SABA PLUS. It was possible to identify differences, but emphasis was made on the coincidences and themes in common for both governments, which will be subject of a more fluid space of exchange and mutual learning. Among the topics that drew the attention of the Brazilian delegation, the most relevant were the ATMs and the Operational and Social Management component. In turn, representatives of Peru highlighted the Amazon technologies and the Municipal Basic Sanitation Plans, which Brazil is working on..

The Swiss Confederation, through Swiss Cooperation SDC, has been providing technical and financial support to the Peruvian government in initiatives related to water and sanitation, in close coordination with the Ministry of Housing, Construction and Sanitation and the Ministry of Development and Social Inclusion, seeking to contribute to increase access to services, coverage of water quality and basic sanitation services for the less favored rural areas of the population in Peru and to enrich the global debate with capitalization of the experience. 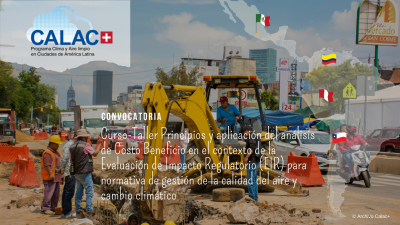 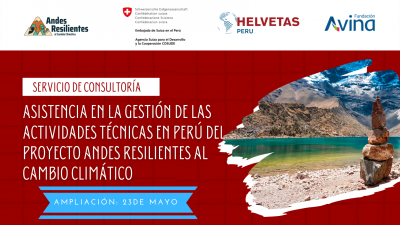 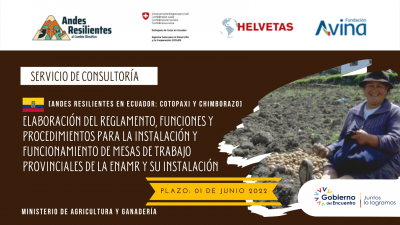 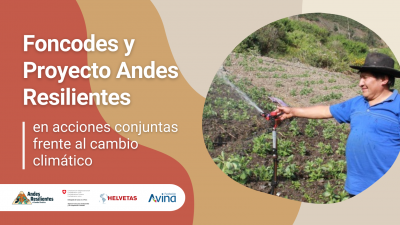 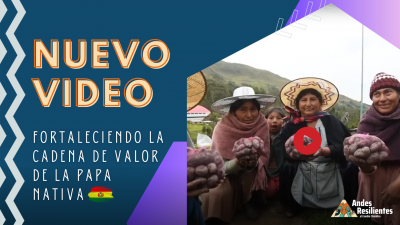 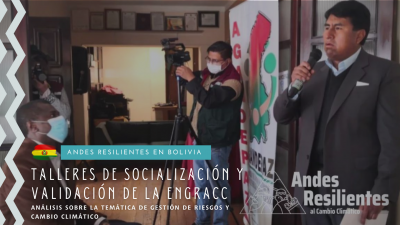