In Peru: Assessment of 20 years of influence of Project SABA of the Swiss Cooperation in Rural Water and Sanitation Policies was presented

The head of the Ministry of Development and Social Inclusion, Cayetana Aljovín, pointed out that the government is committed to achieving that all Peruvians have access to safe, quality water

An investment of more than 682.1 million soles in the execution of 950 water and sanitation projects benefitted directly more than half a million persons in rural communities thanks to the intervention of the SABA+ Project, a Comprehensive Basic Sanitation model implemented by the Swiss Agency for Development  and Swiss Cooperation SDC during more than 20 years. The results of this model were presented with an analysis of the influence evidenced by SABA in the country’s public policies in the field of rural water and sanitation.

In this regard, on January 20 an official presentation was made of the Report “Analysis of the Influence of the SABA Project in Rural Water and Sanitation policies”, prepared by William Carrasco, international consultant and specialist in water and sanitation matters in Latin America.

The ceremony was opened by the Swiss Ambassador in Peru, Hans Ruedi Bortis, who mentioned in his speech that SABA is the most emblematic program in more than half a century of history of Swiss cooperation in Peru.  “Over these twenty years, it has managed to integrate the experiences of previous programs into a proposal involving technologies adequate for the rural world, a social organization with clear goals and in the technical and political strengthening of the local, regional and national government,” he underscored.

The publication presented prompted the discussion of the select panel of specialists in water and sanitation of the public sector, international cooperation and representatives of the region: Cayetana Aljovín, Minister of Development and Social Inclusion and Gustavo Olivas, Vice Minister of Construction and Sanitation shared the stage with Edgar Orellana Arévalo, Senior Drinking Water and Sanitation Specialist of the Inter American Development Bank (IADB) Javier Moreno Méndez, Representative of the Presidency of the Republic in the Committee for Regulation of Drinking Water and Basic Sanitation of the Government of Colombia by teleconference and Diógenes O G Braga, Head of the Public Health Engineering Division of the National Health Foundation of Brazil. The debate was moderated by Jorge Rochabrunt, journalist and director of Rochabrunt & Associates – Change, Strategic Communication and Sustainable Development Management.

The consultant highlighted the impact of SABA in institutional and policy development at local, regional and national level, transcending beyond borders, empowering local actors to approach their demands to the regional levels and from there to the National government. This reflects a clear evolution in the form of cooperation, from a classical approach to one that involves public impact and policy; and from being a pilot project to a National Program with driving force, guidance and a facilitator, where the permanence of Human Capital has been a key factor in the impact strategy.

The panelists coincided in the urgency of joining efforts from all sectors to increase water and sanitation coverage, ensuring the quality of water for consumption. In this respect, Minister Aljovín pointed out that “the government is committed to achieving access to safe, quality water for all Peruvians, to which end water connections to the public network will be increased from 90.3% to 99% in urban areas and from 63.8% to 75% in rural communities”.

It was also mentioned that within the framework of legislative powers granted, the government has created the “Water+ Program” through which it will implement interventions for rehabilitation, replacement, operation and maintenance of water and sanitation systems in rural communities through executive centers. “Water+ is a substantial effort of the MIDIS and the Ministry of Housing. The idea is to be able to repair and operate water and sanitation infrastructure works in rural zones with less than 2,000 inhabitants, prioritizing communities with greater population in poverty and extreme poverty situation,” stated Aljovín.

Meanwhile, Cesarina Quintana, National Program Officer of SDC, mentioned that there is still a gap that needs to be closed: “rural coverage of Water and Sanitation services is 61% for Drinking Water and 21% for Sanitation; hence we must keep on focusing the efforts of SABA and SDC on Sustainable Development Goal Nr. 6”. SABA is committed to pursuing a change in the life of the people, the families, the community and the very State. She pointed out that “Articulating efforts in trying to obtain the commitment of key actors, of those who make possible the implementation of public policies in line with the real situation of the rural zones, is a task that drives us to keep moving forward. Accessing water as a fundamental right is of great relevance. Otherwise it leaves a lifelong mark. We are all involved in this challenge.”

When closing the presentation, Martin Jaggi, Director of Swiss Cooperation SDC, highlighted that SABA is an approach to development based on water and aimed at having a positive impact on the population. To that effect, they have identified and trained talent, but it is necessary to find more professionals able to understand the need to work in improving access to water and sanitation services.

Project SABA helped create a nucleus of interest between the private sector, the community and the public institutions in a simple and powerful value promise: sustained quality and quantity of water for all in the rural community, with scientific and efficient service management. In the 20 years of implementation of Project SABA the different government administrations took over the message of SABA and made it their own and today it has become public policy.

We now share a photo album and a video that summarizes the presentation of the publication. 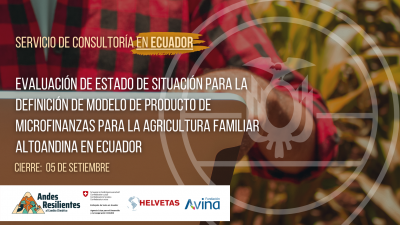 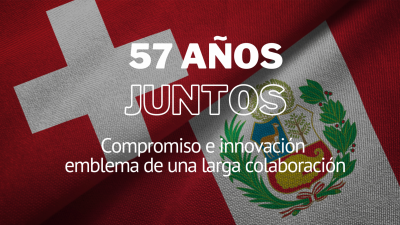 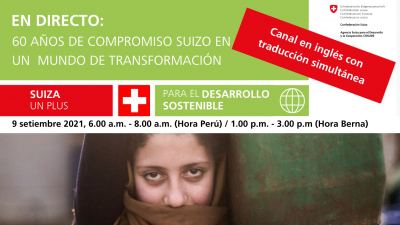 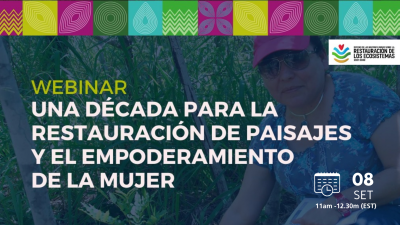