[IN CHILE] Presentation by Climandes, Cooperation Project in the Peruvian Andes 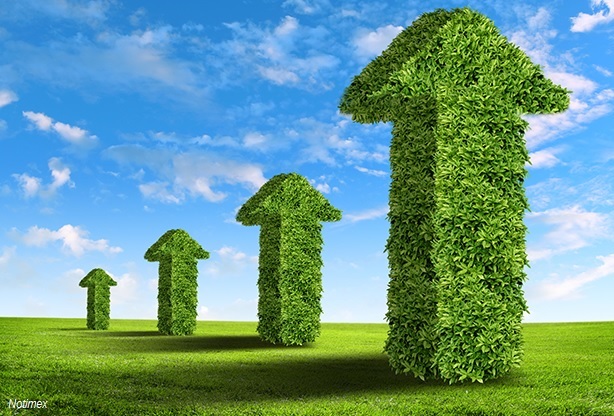 The event was the adequate framework for sharing the successful experience of the twinning project between two national meteorological services with the aim of improving the provision of climate services and strengthening Peru’s Regional Meteorological Training Center (CRFM).

Last November 22nd the Climandes Project was presented at the Meteorological Bureau from Chile in the framework of the 17th Meeting of the Regional Association III (AR III) of the World Meteorological Organization (WMO) – Regional Conference (RECO).

The meeting was addressed at the permanent representatives of the AR III in South America. The table of honor was made up of WMO’s Regional Director for Latin America, Julián Báez; SENAMHI Perú’s Executive President, Ken Takahashi; the Director of the Swiss Meteorological Service (MeteoSwiss), Peter Binder – through video conference – the Director of the Swiss Agency for Development and Cooperation – COSUDE, Martin Jaggi; the Coordinator of Climandes in Switzerland, Andrea Rosas, and the Subdirector of Climate Forecast and Coordinator of the Climandes Project, Grinia Avalos who presented the six-year experience in the Peruvian Andes.

The objective of this meeting was to demonstrate how a successful twinning project between these two national meteorological services can strengthen the climate services for the agricultural sector, and to escalate this experience at the level of the National Meteorological Services of the Andean region in a context of climate change. Another aim was to encourage future twinning projects to foster the capacities of the Region’s SMNH to develop climate services for relevant sectors such as agriculture, water, disaster risk reduction, health, energy among others.

Grinia Ávalos, the Climandes Project Coordinator, presented the Project which since 2012 has helped strengthen the following products and services: Control, quality and homogenization of climate data; Peru’s Regional Training Center through the development of a series of on-site and online trainings for Servicios Meteorológicos de Latinoamérica (Meteorological Services from Latin America); the design and development of educational guides titled “Socialization of meteorology for female and male teachers of the highlands”; better seasonal forecast for agriculture and decision making purposes; implementation of the interface platform supported by continuous debates with users from a gender- and intercultural-based approach, and co-design with female and male farmers from the Andean South through the identification of their needs in order to close gaps in access and use of climate information and socioeconomic benefits of climate services.

In his speech, Ken Takahashi, stressed the importance of the interface platform that has been generated by the project. “The interface platform is one of the five cornerstones of the World Framework for Climate Services (MMSC) and it is greatly important for those who make products for decision makers and users; the Climandes project has had a major role in this implementation and dialogue process to strengthen climate services generated by SENAMHI”, he added.

Peter Binder also highlighted the experience with the Climandes Project “It was an educational trip for MeteoSwiss full of scientific achievements. We were able to improve our understanding of seasonal forecasts and establish a concept test for GFCS user’s interface platform. We were also able to demonstrate that this is an adequate mechanism to close gaps between suppliers and users of meteorological and climate information”.

On the other hand, Martin Jaggi highlighted the innovation of the cooperation logic between pairs (united by mountains and challenges) which has included the effective and efficient exchange of knowledge between national services for their own benefit. “It has allowed us to understand the need for multidisciplinary interaction in climate service management as well as the need of higher participation by national services in climate risk management platforms and articulation at different levels with strategic government sectors like agriculture, defense, tourism, environment, transportation, and with user groups. Finally, it was mentioned that in this second phase challenges and needs have been identified to facilitate the development of a User Interface Platform (UIP), taking into consideration the cultural diversity, languages, geographies, and communication access in these different areas of mountainous countries like Peru.

Know more about the Climandes Project through the following video.

About Climandes.
Climandes 2 is an initiative of the Global Program of Climate Change and Environment of the Swiss Agency for Development and Cooperation (COSUDE) in Alliance with the World Meteorological Organization (OMM), the meteorological services of Swiss (MeteoSwiss) and Peru (SENAMHI), the academia, the civil society and the private sector for the implementation of the World Bank of Climate Services. Climandes’ purpose is to provide reliable and timely climate services for decision making in order to make development more resilient to climate changes.
Useful links:
CLIMANDES Project, Project Sheet, Swiss Embassy, Swiss Agency for Development and Cooperation – COSUDE
Web
Climandes Project
Web National Service of Meteorology and Hydrology of Peru
Web Universidad Agraria La Molina (Agrarian University of La Molina)
Web World Meteorological Organization
Web MeteoSwiss 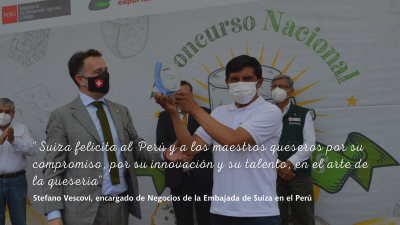