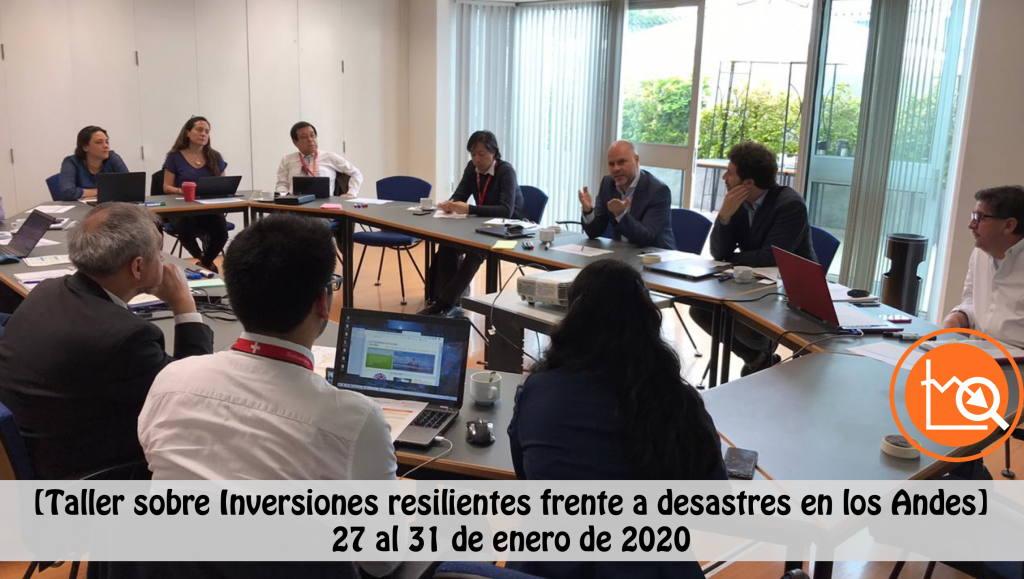 Key to sustainable development: investing in resilience measures today will help ensure a safe and prosperous future for cities and their inhabitants

The workshop is part of a new initiative promoted by Swiss Cooperation’s Hub for Disaster Risk Reduction and Rapid Response, in order to support the Peruvian government in planning risk reduction and mitigation measures from national to local level, and to avoid future economic losses due to natural disasters, which will become more intense due to climate change.

Globally, economic losses due to natural disasters increase dramatically due to urbanization in high-risk areas, environmental degradation and climate change. In Latin America during the last decade, 80 per cent of the losses recorded due to disasters were in urban areas and between 40-50 per cent in cities with less than 100,000 inhabitants (UNHabitat, 2012). The expected annual losses (EAL) from disasters in the region are estimated at US$ 62 billion, a figure that is a challenge for national public finances, given the economic importance of cities.

In Peru, the reality is not much different because there is a growing number of people exposed to high risk of disasters. A clear example of this was the coastal El Niño phenomenon in 2017, which affected approximately 1.5 million people and caused financial losses of between US$3 billion and US$9 billion. Recent studies also show that climate change increased the risk of this event by 50 per cent.

Mitigating this trend is a global priority, according to the Sendai Disaster Risk Reduction Framework, which emphasizes disaster risk management rather than disaster management, establishing risk reduction as an expected outcome.

According to studies by the World Bank and the Global Facility for Disaster Reduction and Recovery (GFDRR), if investments are not made to make cities more resilient to crises, stresses and natural disasters, these will generate significant economic and human damage, with the urban poor bearing the brunt of the losses. If high climate impacts are combined with unequal access to basic infrastructure and services, natural disasters will push tens of millions of city-dwellers into extreme poverty.

The World Bank highlights that the net benefits of disaster-resilient infrastructure amount to US$ 4.2 billion, in which every US$ 1 invested produces US$ 4 of benefits. It should be pointed out that Peru already has financial mechanisms to obtain these benefits (Reconstruction with Changes, FONDES), but faces the challenge of local level implementation, which requires planning capacities.

This is the context in which Swiss Cooperation (SDC) is promoting “MiResiliencia” (“MyResilience”), a planning tool that enables implementation capacities and is based on the Swiss “EconoMe” system. The tool makes it possible to evaluate the efficiency and effectiveness of mitigation measures through the cost-benefit ratio of the intervention. MiResiliencia is a “country platform” that was created under the leadership of the Bolivian government with the support of SDC.

The success of this platform led to a new SDC regional programme aimed at strengthening government systems similar to Bolivia’s in order to improve disaster resilience in the Andes.

The workshop’s main aim was to consult key actors in Peru on the knowledge of technical elements and to identify opportunities and gaps in relation to MiResiliencia, taking into account existing planning tools in Peru (GeoInvert, SIGRID, SINPAD etc.) and the process followed in Bolivia for developing MiResiliencia. These inputs will be included in the criteria for jointly designing a new initiative adapted to the country’s real needs and strengthening the resilience of public and private investment in Peru.

The experiences of the SDC in Bolivia are relevant to the challenges faced in Peru in this area. However, it was clear at the workshop that they must be adapted to the local context in order to integrate risk management into public investments. There is one major challenge: the lack of information at the local level and the tools to integrate risk management comprehensively into public investment projects.

MiResiliencia Bolivia is a planning tool for cost-benefit analysis of DRR interventions. It is based on a WebGIS platform restricted to authorized users www.mi-resiliencia.org. In the workshop, Roberto Mendez, SDC’s DRR specialist in Bolivia, presented the parts of the tool step by step, to identify the relevant components.